Enjoy the full breadth of window culture at YKK APʼs Windowology 10th Anniversary Exhibition: The World Through the Window

YKK AP Inc. (Headquarters: Chiyoda-ku, Tokyo; President: Hidemitsu Hori) has made the 10th anniversary of its Windowology program by holding a special exhibition titled Windowology 10th Anniversary Exhibition: The World Through the Window at the Spiral Garden (Minato-ku, Tokyo).

Operating on the belief that “Windows represent civilization and culture,” YKK AP has been approaching windows from various viewpoints, such as architecture, culture, and art, through the Windowology program, which it initiated in 2007 to study the window as an academic subject from a wide range of angles together with researchers and architects. This exhibition has been organized to comprehensively examine the knowledge and sensibilities surrounding the window as a universal cultural phenomenon and consider the appeal of windows anew on the occasion of the 10th anniversary of the Windowology program.

The exhibition features lucid presentations of findings from Windowology research conducted over the past decade and invites visitors to think about and experience windows in a broad range of ways. Participants from academic fields include eight researchers from universities and research institutions, such as the University of Tokyo, who are sharing their work in research exhibits. Participants from the art field include Leandro Erlich, Takashi Homma, and Yusuke Kamata, who are each presenting new window-themed artwork that they have created for the exhibition. Additionally, the show featured a special exhibit by renowned Italian architect Michele De Lucchi.

The exhibition has been complemented by a symposium, titled “Windowology 10th Anniversary Symposium: Windows Represent Civilization and Culture.”

A creative exchange between Leandro Erlich and Hiroshi Hara

Argentinean artist Leandro Erlich, whose well-known work includes the Swimming Pool at the 21st Century Museum of Contemporary Art, Kanazawa, comes from a family of three architects and has a deep understanding of architecture. His interactions with Hiroshi Hara, architect and professor emeritus of the University of Tokyo, has inspired the birth of a fantastic new work of window art at the exhibition site in Omotesando. Erlich, who believes that the window is the element that holds the greatest poetic and metaphorical potential, has awakened the latent power of the window in creating this creative piece that responds to Haraʼs Windowology research from 2008 themed on “Window Narratology,” which examined windows that appear in fairy tales and novels.

Italian architect and designer Michele De Lucchi participated in a research project organized by YKK AP Inc. from 2005 to 2006 that led to the birth of Windowology. The exhibition features two paintings he made as part of this research project. Also on public display for the first time is a drawing he made when he took part in an interview with the Window Research Institute in 2014. De Lucchi, who believes the window is the most important element of architecture, has contributed a message that reads “There is always a good reason to open a window smiling!”

Takashi Homma, who has been conducting Windowology research on the theme of “Window Photography” since 2015, has created a new set of photographs focused on the work of architect Le Corbusier especially for this exhibition. He is showing these window photographs together with a one-toone scale recreation of a bedroom window in the Le Corbusier-designed Convent of La Tourette that he was particularly moved by. Homma converted the bedroom into a camera obscura to capture a longexposure image of the scenery outside through a pinhole.

The young artist Yusuke Kamata, who has been continuing to expand his activities beyond Japan, has created three new art pieces under the title Uncertainty Perspective for this exhibition. Visitors are sure to enjoy a window experience like no other amidst the window-like objets dʼart made with glass, metal, and mirrors, which draw in the people and sights around them as they overlap and transform.

The entire exhibition space is abounding with windows

The exhibition space designed by Tezzo Nishizawa features delightful displays that evoke windows. The research exhibits are showcased in seven “windows” that have been incorporated into the displays.
Various “windows” can also be found in Ken Okamotoʼs exhibition graphics. Furthermore, visitors can also enjoy a special window-themed menu at the Spiral Cafe (SPIRAL, 1F) during the duration of the exhibition.

Research exhibits to travel to five universities across Japan

This exhibit describes how the daily life activities that take place around windows have changed over the years and explains the role of windows as plot devices based on analyses of windows that appear in
nationally popular manga (Japanese comics) such as Sazae-san, Doraemon, and Kochira Katsushika-ku Kameari Koen-mae Hashutsujo.

How do the windows of the worldʼs architectural masterpieces actually perform? Simulation analyses of wind, light, and heat were conducted on windows of well-known buildings, such as modernist master Alvar Aaltoʼs house. Illustrative videos show how the windows affect their
immediate environments.

Cultural anthropologist Koji Sato, who has spent many years out in the field studying architecture in areas where primitive lifestyles are still maintained shares his priceless field research materials, such as bird drawings and detail sketches, along with his favorite fieldwork tools.

This study examined craft workshops and food processing factories throughout Japan where traditional manufacturing processes are still maintained and documented how the windows in such spaces “work” alongside humans by adjusting temperature and humidity levels or by
bringing in light. Hand-drawn drawings, videos, and photographs are used to illustrate how these windows play an active part in human work activities.

Windows in traditional Japanese structures were made by setting “hashirama sochi” (“intercolumnar devices”), or “mado” (“gap doors”), into the spaces between columns. Various historic buildings and traditional practices involving hashirama sochi were observed over 24 hours and documented in films. This exhibit features four of these films, including two being shown for the first time, and various related documentary materials such as storyboards.

Windows appear in stories from all times and places, including the Grimmsʼ Fairy Tales, Moomin stories, and Kenji Miyazawaʼs Night on the Galactic Railroad. They often exhibit a richness that goes far beyond the common imagination. This exhibit features a film of a conversation between Hiroshi Hara and Leandro Erlich and an installation by Erlich that was inspired by the conversation.

Windows have evolved from early cave openings to their many forms today by branching off into various genealogical groups that can be mapped into a phylogenetic tree. Windows are still continuing to evolve in even more interesting directions today. This exhibit considers the history and future of windows by presenting models of windows and buildings from various times and places, including the stained glass windows of cathedrals, the window of Ginkakuji Temple, and windows of contemporary architecture.

Comments from the Exhibitionʼs Creative Team

Windowology was launched 10 years ago as a research project unlike any other in the world. In the course of its development, it has ranged far into various domains, including design, language, environment, health, ethnology, history, stories, manga, and film. This speaks to the fact that windows, in addition to being key elements in a buildingʼs design, are tied to human behaviors and also reflect their social, cultural, and technological circumstances. This Windowology exhibition will present the many fruits of our collaborative efforts with researchers and university laboratories to look at the world through the window. Additionally, we will be making use of the exhibition setting to show window-themed spatial installations created by contemporary artists and a photographer. We hope that the unique artwork and research presentations will bring visitors to realize that the window is the most wonderful element of architecture.

This exhibition will be composed of exhibition installations for displaying the Windowology research materials and window-themed art installations by Leandro Erlich, Takashi Homma, and Yusuke Kamata. The exhibition installations will be made of windows inscribed with captions, tables adapted to the various research materials that will be presented in completely different mediums, and steel legs. The exhibition items will be arranged in each of Spiral Gardenʼs distinctive exhibition spaces based on their size, format, matter, prominence, and information content in such a way as to generate a sequence, moments of stoppage, niches, and text flows. I have aimed to create an exhibition design that itself becomes a “window” to Windowology.

I have composed the visuals for the exhibition and international symposium with large blue and red color planes, respectively, to suggest a concordance between the two events. The drawing by Michele De Lucchi that I have combined with the color planes symbolically expresses the origins of Windowology. I used the character “展” [ten] from the word “展覧会” [tenrankai, “exhibition”] and the character “会” [kai] from the word “会議” [kaigi, “conference”] as motifs to turn the color planes into intuitive icons signifying each event.

The exhibition was complemented by a symposium titled “Windowology 10th Anniversary Symposium: Windows Represent Civilization and Culture”. A total of 27 guest speakers comprising a variety of experts who have participated in Windowology activities in the past and unique guests from overseas convened to present research and give lectures at this international academic symposium on windows. The participants include world-renowned architectural photographer Iwan Baan, active historian and architect Terunobu Fujimori, Switzerland-based architect and architectural historian Vittorio Magnago Lampugnani, and architect Michele De Lucchi, among many others. 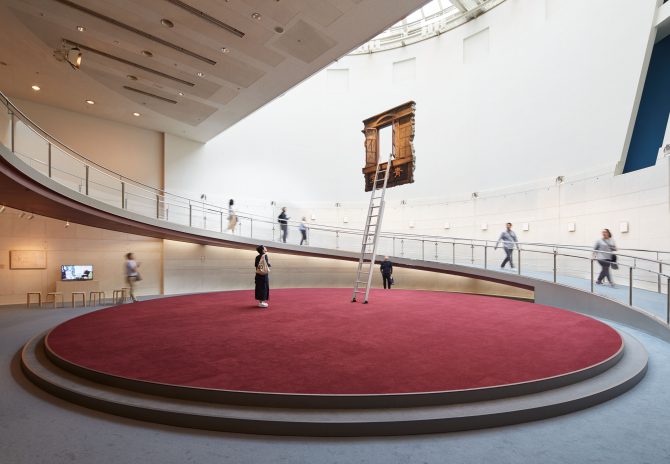 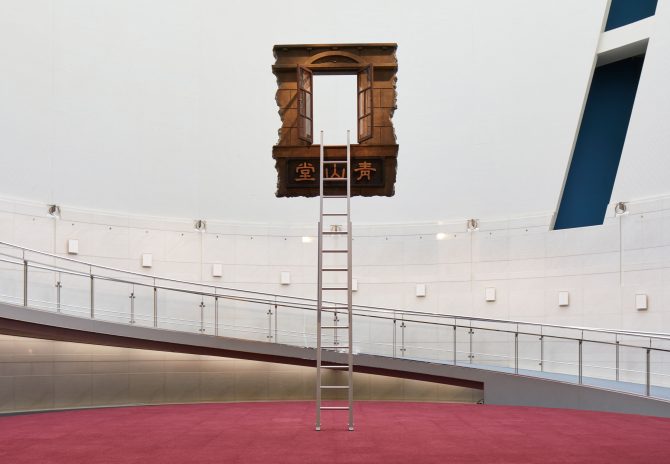 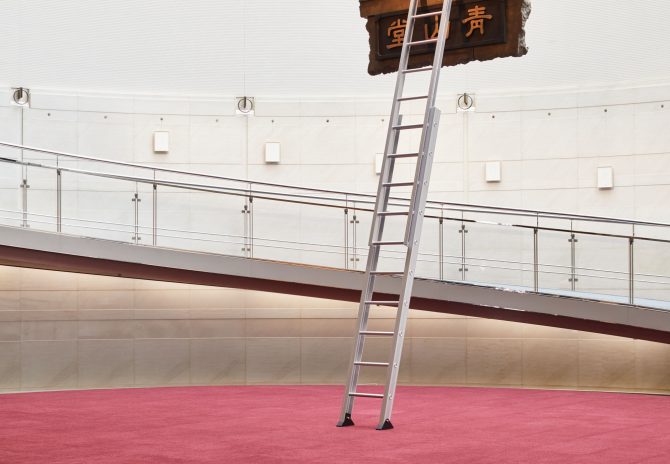 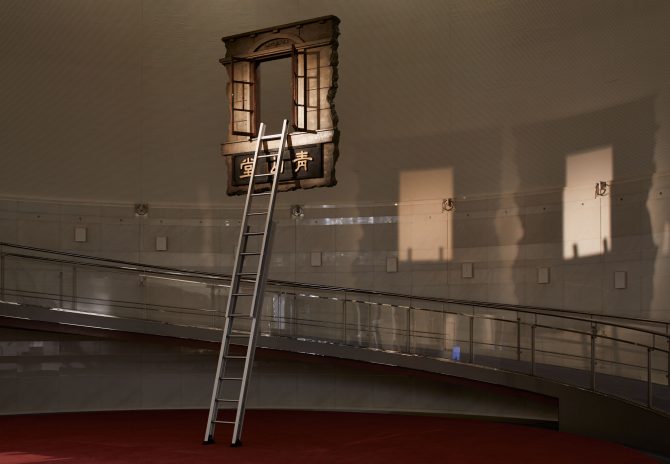 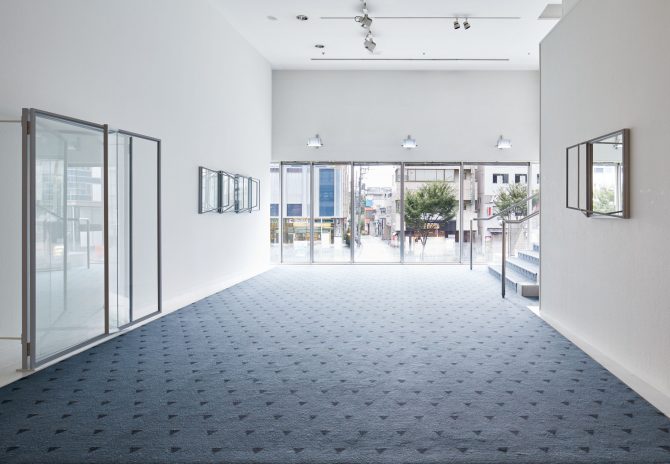 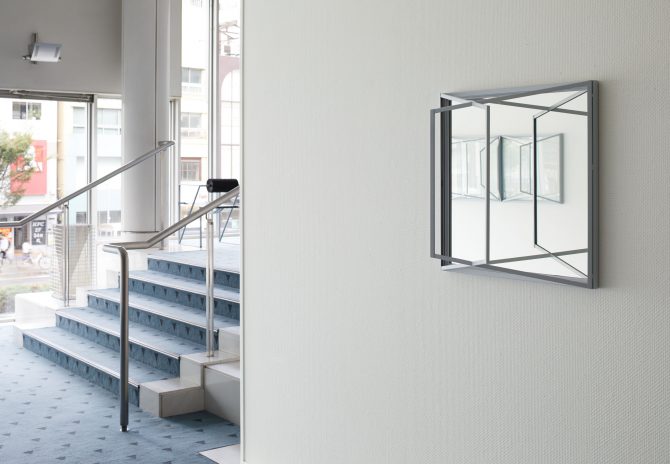 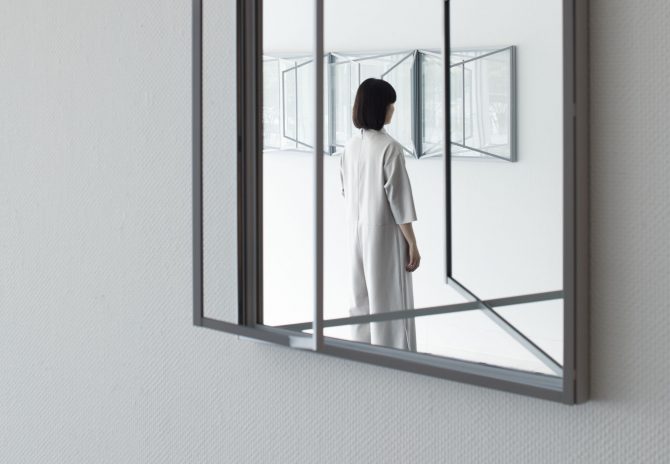 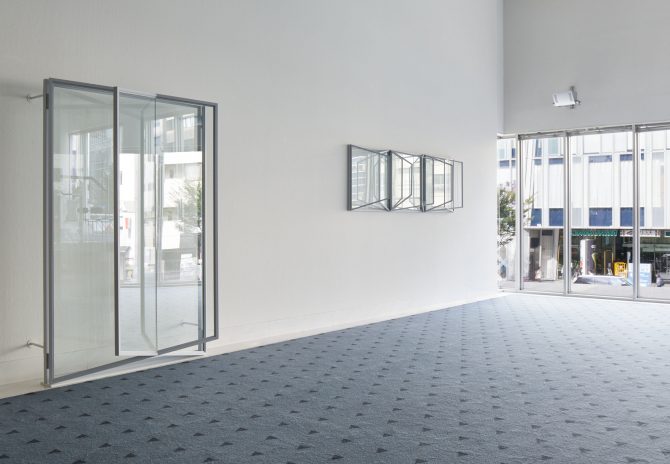 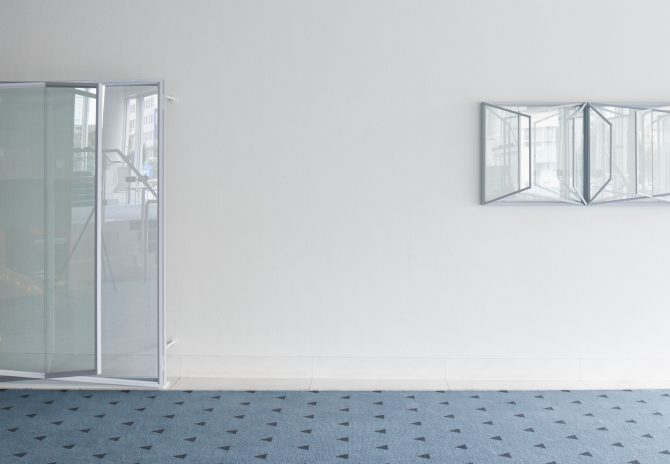 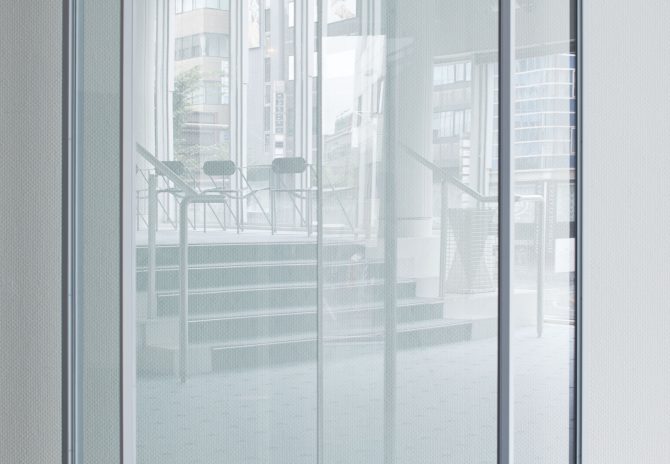 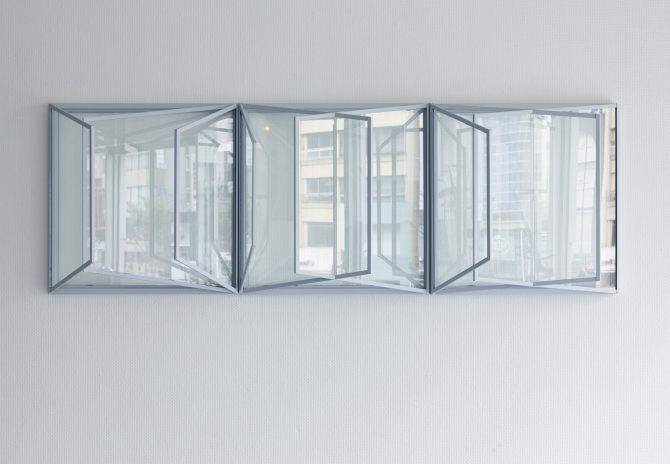 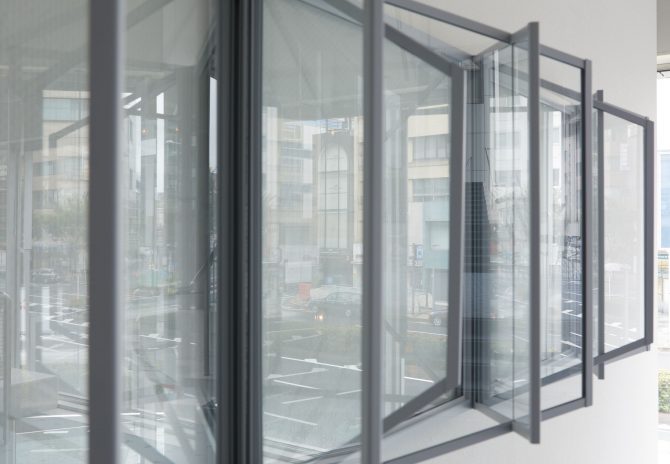 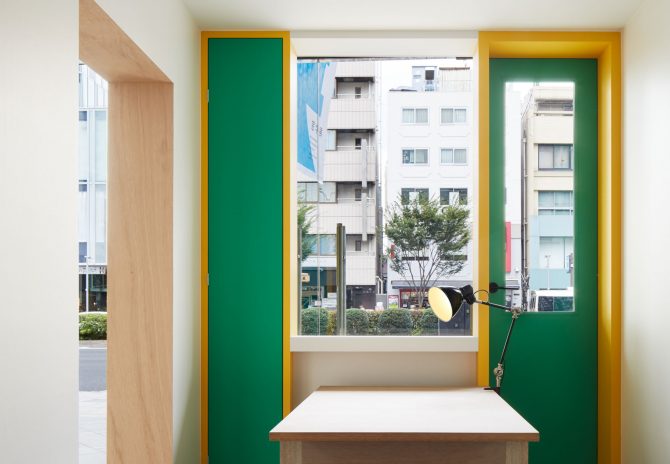 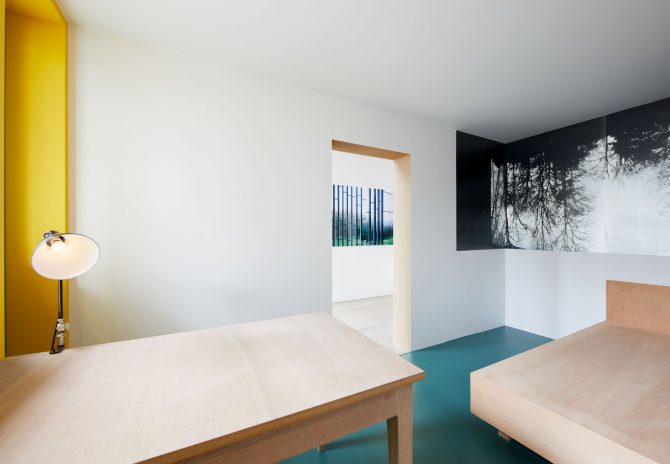 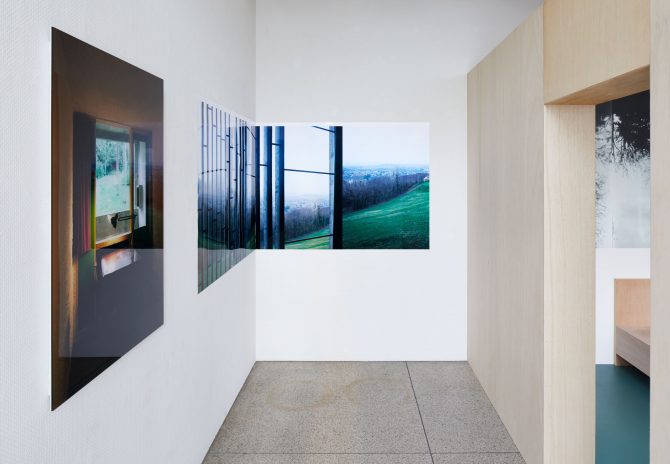 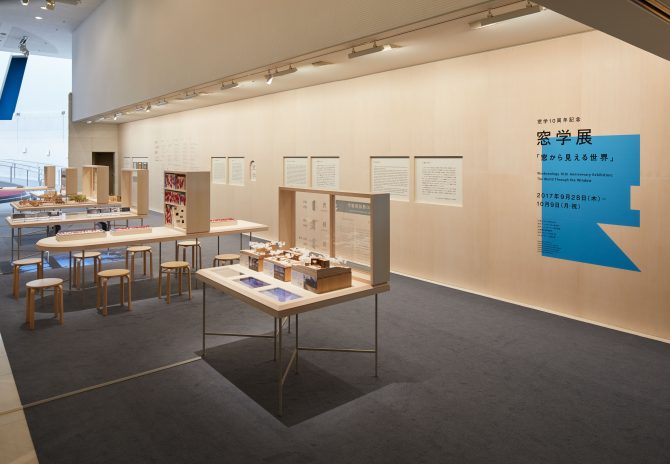 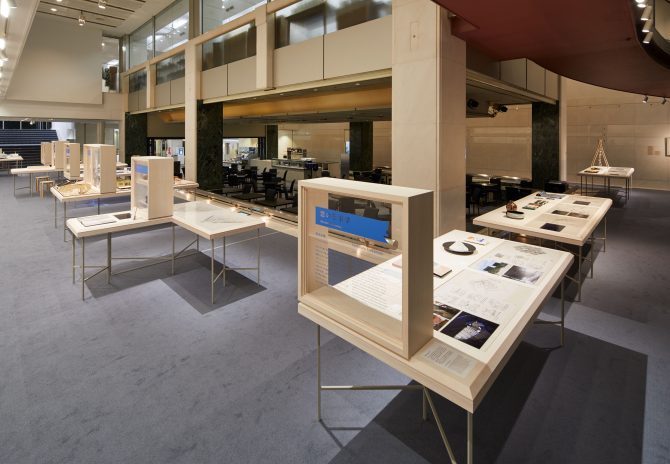 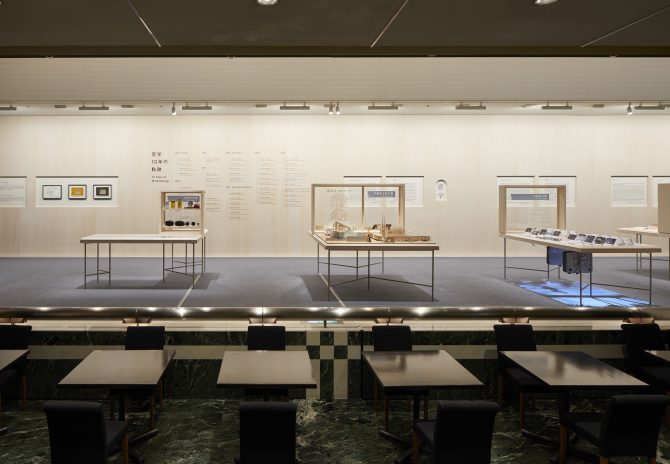 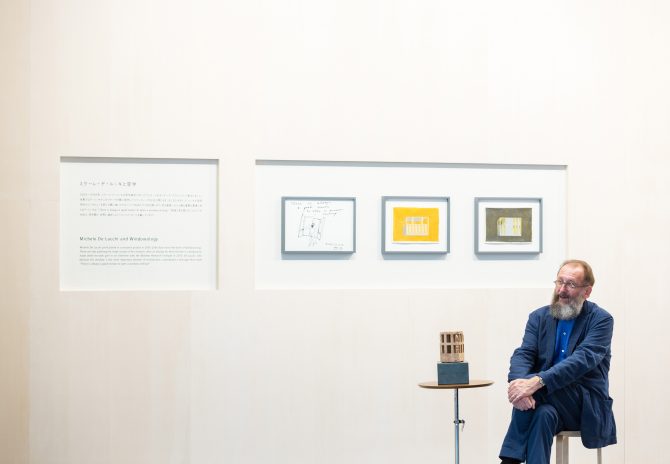